Eric Strikwerda is Associate Professor, History. He previously taught Canadian history at the University of Alberta. He currently co-ordinates and teaches Canadian history courses in the Centre for Humanities. Currently he is working on a history of western and northern Canada following Canada’s acquisition of the territory in 1870. He is also researching the history of nutrition and nutrition policy in Canada following the Second World War.

The Wages of Relief: Cities and the Unemployed in Prairie Canada, 1929-1939 (Edmonton: Athabasca University Press, 2013)

Married men should, I feel, be treated differently: Work, Relief, and Unemployed Men on the Urban Canadian Prairie, 1929-1932 Left History: An Interdisciplinary Journal of Historical Inquiry and Debate 12 (Autumn, 2007) 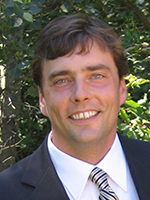